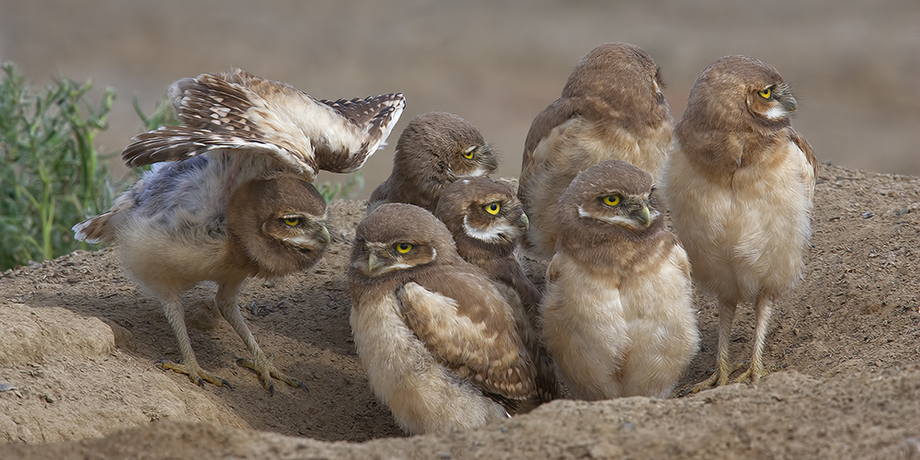 Washington was a conundrum to us. Despite its proximity to British Columbia, we had never visited the state and had no idea what locations might be productive. After some online research, we decided on a May tour with the idea of focusing initially on shorebirds, then progressing slowly inland to what appeared to be a series of readily accessible and interesting National Wildlife Refuges. As this would also be our first foray into natural landscape photography, we targeted several scenic areas along our route that were known for producing some great rain forest, ocean and rural community images. Our objective was strictly exploratory with the intention of returning once we got the “lay of the land.” Any exciting photography along the way would be a welcome plus.

We began in the area bounded by the Hood Canal and Puget Sound, visiting locations from Bainbridge Island north to Port Gamble. This proved to be a disappointing start as the foreshore is primarily privately owned and not readily accessible. Moreover, we found few shorebirds in the areas that did provide public access. This we attributed to either being too late for any migrant traffic or the visible lack of any kelp and other natural vegetation to provide adequate forage for an indigenous population. We tried the usual well populated community locations hoping to find subjects well accustomed to human traffic. What we found was absolutely no action at the Poulsbo marina and waterfront boardwalk, the Suquamish dock, the Indianola dock, the marina and Arness Roadside Park in Kingston, the lighthouse at Point-No-Point near Hansville and the marina and ferry dock in Winslow. We did encounter a few Great Blue Heron and Great White Egret at these locations but little else and certainly not with very compelling backdrops. We did find, however, a lonely but compliant Pigeon Guillemot feeding near the public wharf at the Salsbury Point County Park next to the Hood Canal Bridge.

We finally settled into two good locations for Great Blue Heron, both east of Silverdale, the first at Big Beef Creek and second along the oyster beach and cove at Seabeck Landing. As we progressed toward the Olympic Peninsula we encountered similar fare as above. Port Townsend and environs, including Wilson Lighthouse at Fort Warden State Park, Fort Flagler State Park and the shoreline marinas and piers in town were devoid of activity other than a few Brant at the Port Hudson jetty. At Sequim we visited the Dungeness National Wildlife Refuge and again found no bird or wildlife photography opportunities. It was at this point that we decided to switch gears for a day and go inland to Hurricane Ridge near Port Angeles and practice a few landscape photography techniques prior to visiting several upcoming locations we had chosen in the western Olympic National Forest and Pacific Ocean. This didn’t disappoint as the partially cloudy weather created good conditions and the mountain provided excellent scenery. Although we were a bit early, this location had lots of Black-Tailed Deer and evidence of Blue Grouse and Yellow-Bellied Marmot. We did scope out the inner Port Angeles foreshore and ferry slip, including nearby Salt Creek. Again, we found access difficult with little bird life to speak of. Back in Sequim, we did find a good afternoon location at the shore and ponds next to 3 Crabs Road.

At this point, it was becoming patently obvious that we needed a change in venue. Our objective on this trip was to dive into the deep end of natural landscape photography by experimenting with a new Canon EF 28-300mm f/3.5-5.6L IS USM lens on our 5D camera body. We specifically wanted to try features such as mirror lock using an external shutter release and a polarizing filter, incorporating techniques such as High Dynamic Range and Stitched Panoramas. What better place to begin this adventure than the Olympic Peninsula. It is bordered on the west by miles of rugged saltwater shoreline that offer a host of dynamic opportunities. The interior houses alpine meadows and rain forest valleys, with miles of wild rivers that furrow the region, supporting healthy runs of wild salmon and steelhead. This area is a must for any beginner targeting nature’s extremes. We started with the Hoh Rain Forest just south of Forks. Here volumes of precipitation and condensed mist produce a thick growth of moss and ferns that shroud the entire forest with resplendent browns and greens. It’s a challenging environment as the light is low and the tonal range fairly homogenous. We found the best locations near the roadside pull-offs, primarily between mile six and seven. Although we didn’t encounter any Elk that inhabit this area, the forest can produce some great backdrops if you do happen to come across the herd on your visit. Nearby Ruby Beach is a truly great vista with a meandering creek, dramatic sea stacks and drift logs. Our plan was to capture the latter location in both early morning and late evening light, visiting the rain forest during mid-day in the hope that a stronger light might reveal some of the forests hidden details. Similar fare can be found slightly farther north at Rialto Beach, especially by positioning at the mouth of the Guillayute River or trekking up the beach to “Hole-in-the-Wall.” We also visited Neah Bay, taking the short trail and boardwalk to the spectacular ocean vista of Cape Flattery. Although we didn’t make the final leg, perhaps the best natural landscape location in the area is the “Point of the Arches” rock formation at Shi Shi Beach. Two good waterfall locations with easy access along this route are Marymere at the Storm King Ranger Station near Barnes Point and Sol Duc near the hot springs at the west end of Lake Crescent.

From here we eased back into our search for shorebirds at Westport where we visited Wallapa Bay at Tokeland Harbour, Grays Harbour National Wildlife Refuge near Hoquiam, Bottle State Park just outside Westport and Damon Point State Park near Ocean Shores. Although we waited for high tide, with few exceptions, we saw little activity. This is not to say we didn’t see any shorebirds, just that some of the species we encountered were not in the numbers we were expecting and the ones we did find were very difficult to approach. We did in fact encounter small flocks of foraging Black-Bellied Plover, Semipalmated Plover, Whimbrel, Red Knot, Sanderling and Marbled Godwit. We finally conceded that we were a bit late for this area as most literature and local birders indicated late April to early May usually sees the peak of the migration. This left us photographing the crumbs! We did conclude that certain sites such as the boardwalk that skirts the outer edge of the salt marsh and mudflats of the Grays Harbour estuary provide poor access for photography even with a long lens and extender. However, we did feel that locations such as Damon Point, Bottle Park and the Tokeland Harbour area would be worth revisiting during peak migration as the habitat and backdrops were fairly decent. Notwithstanding, there were two bright spots. We found Pacific Brown Pelicans at the Grays Harbour Marina in Westport on the wooden breakwater. Here we enjoyed good flight opportunities in the early afternoon at Float 21 at the end of Wilson Street. Conditions were fairly good as the light was soft and there was a moderate wind from the north that slowed their approach to the wooden seawall, a favourite roosting place. From Westport south, you can also drive for miles along the sandy beaches. Here we used our truck as a blind and had no trouble positioning for several large flocks of Pacific Brown Pelican, Western Sandpiper and Caspian Tern that we encountered between Midway and Grayland Beach.

We now headed inland to the Ridgefield National Wildlife Refuge near Woodland just north of Portland. This again proved disappointing based on our timing as winter and spring appears to be best for photography. Although this is a haven for Cinnamon Teal, we saw little else and had difficulty positioning as the two best ponds for roadside photography were split between morning and afternoon sunlight. The Kiwa Hiking Trail and the Oaks to Wetlands Wildlife Trail were both well maintained but lacked pond life at any of the major access points provided. Overall, we would recommend visiting with the proviso that this is typical “tour route” fare and is an area that must be worked seasonally to generate any good photography opportunities.

Our next stop was farther inland near Othello where we visited Potholes State Park (where we expected to find Tricolored Blackbird) and the Columbia National Wildlife Refuge (where we expected to find some lingering Sandhill Crane and American Avocet). Again, we found little bird or wildlife activity. We did, however, drive the farm roads off SR17 and found Burrowing Owl. This is an ideal area to use your vehicle as a blind. We recommend you get the map of known nesting sites from the Visitors Center. It's up-to-date and will save you a lot of time scouting around. Another good location in this area is at Milepost 30, west on Highway 26. Here you should find American Avocet and Black-Necked Stilt to be quite compliant.

As we began to meander our way home, our journey took us through the Yakima Valley where we visited Fort Simcoe State Park, a good location for Lewis’s Woodpecker and Townsend “Piute” Ground Squirrel. Our final destination was the Montlake Fill in Seattle. Again, we found little activity here but feel this is a gem of a site given pond access and backdrops. Several local photographers focus on this site seasonally, especially spring during the Passerine migration. To see how we fared during our trip to Washington, review Gallery 47.

Don't let any of our negative comments deter you from visiting the locations cited above. Our timing was definitely off. We also experienced a lot of low light that forced us to elevate our ISO to produce an acceptable shutter speed. This resulted in a lot of soft images that were difficult to process. Other than the Bainbridge Island area, we intend to revisit most of the above locations, most likely targeting late April and early May to take advantage of the Spring migration. There is also a good Short-Eared Owl location at Fir Island which is very productive between January to March, a trip we plan for eary 2010.